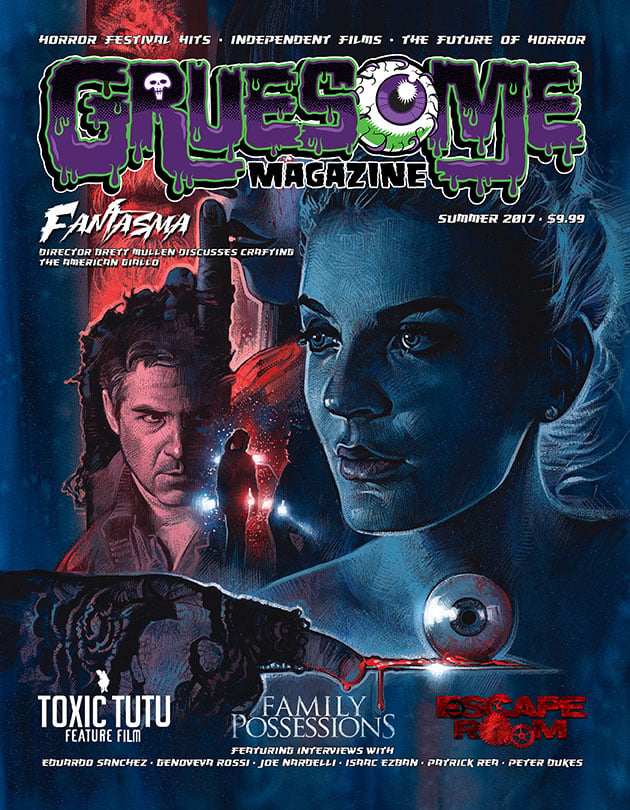 The second issue of Gruesome Magazine from the Grue-Crew behind Horror News Radio. GM is a quarterly horror magazine featuring articles and interviews about independent horror films, horror film festivals, and the future of horror.

The second issue features a beautifully Giallo inspired cover from Graham Humphreys from the poster of Fantasma. The magazine is 48 pages, full color, 8x11. The writers included are from the Horror News Radio podcast and the GruesomeMagazine.com site.